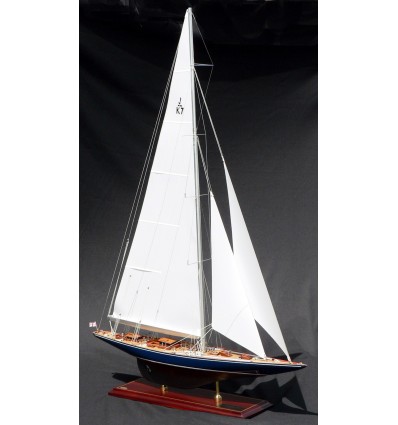 "Velsheda" was named after Stephenson's three daughters, Velma, Sheila and Daphne. She raced with the greatest names in classic yachting including Britannia, Endeavour and Shamrock V between 1933 and 1936.

In 2010 she is owned by the Dutch business man Ronald de Waal, from European retail fashion chain WE (formerly HIJ/HEY/ZIJ).

28 other products in the same category: