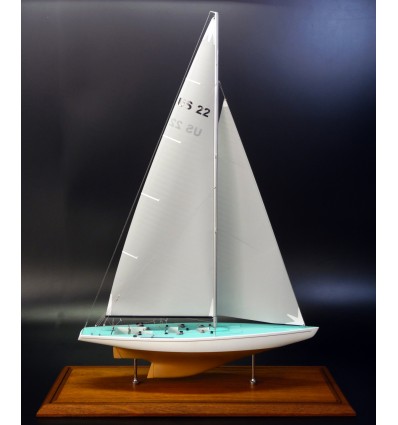 Really well done, this plank-on-bulkhead with tropical hardwood model of the Intrepid won the America's Cup in 1967 and again in 1970.

Intrepid was designed by Olin Stephens, and was built of double-planked mahogany on white oak frames. She featured important innovations both above and below the waterline.

The rudder was separated from the keel and a trim tab was added. This new general underbody type, with relatively minor refinements, was used on every subsequent Cup boat until the 12-metre Australia II's winged keel of 1983.