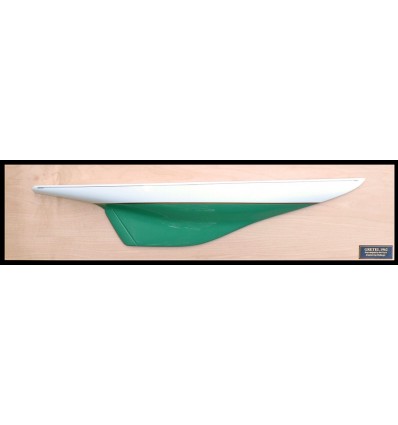 Gretel (KA-1) was the first Australian 12-meter. She was designed by Alan Payne.

Gretel (KA-1) was the first Australian 12-meter. She was designed by Alan Payne, built at Halvorsen Brothers, and owned by a syndicate headed by Sir Frank Packer plus Richard Dickson, William H. Northam, William G. Walkley, and Noel Foley. She was helmed by Jock Sturrock.

The 1962 America's Cup, the second to be sailed in 12-meter yachts, marked the first challenge for the Cup from a country other than Great Britain or Canada, and was the first challenge from a country in the southern hemisphere. An Australian syndicate headed by Sir Frank Packer, representing the Royal Sydney Yacht Squadron, challenged with their yacht Gretel. The New York Yacht Club won the regatta four races to one represented by the yacht Weatherly.From Wikipedia