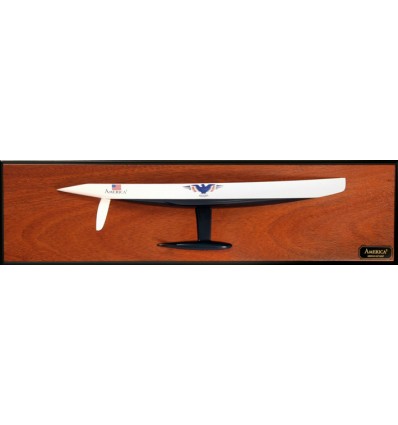 America 3 ( 1992 ) wooden half hull. Designed by Jerry Milgram and built by Peter Wison. Order on line.

In the defender finals, 11 races were sailed. America3 won 7 races and Stars & Stripes was eliminated.