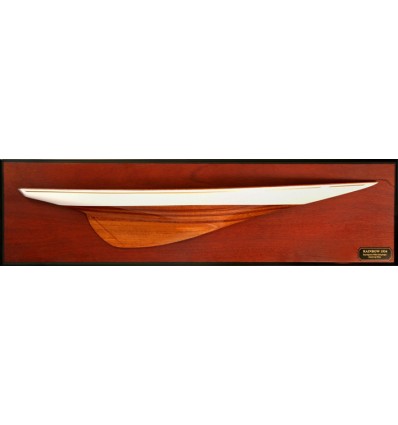 William Starling Burgess no doubt inherited his love of boats and sailing from his father as well as  his sharp analytical mind. He also acquired his precise and sensitive feeling for lines and forms from Nathanael Herreshoff, his “Uncle Nat”. But when the young Starling informed Herreshoff of his intention to become a naval architect, “the Wizard of Bristol” took umbrage.

When Mike Vanderbilt contacted him to build a new defender for the 1934 challenge, time was very short. No matter ! He started on the rough drafts of the plans at end of 1931 and Rainbow very nearly failed in the face of a faster challenger, Endeavour.

Starling Burgess came out of it quite well, Charles Nicholson even offering him the plans of his champion. His gesture was to prove quite unwise.