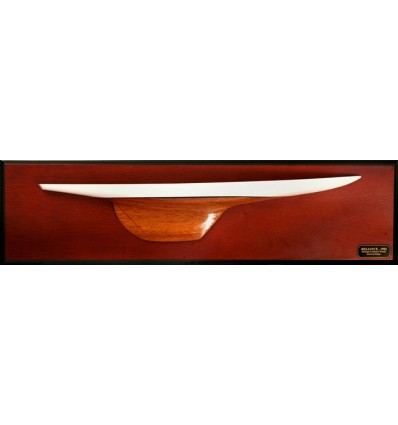 During the construction of Reliance, only one man, who was no part of the Herreshoff Manufacturing Company, was authorized access to the yard. Every day he followed the construction and installation of each and every part of the boat. This man was Charlie Barr. A true professional, he wanted to know every detail of the boat that he was to race against Shamrock III.

With Reliance, Nathanael G. Herreshoff was to realize his biggest, fastest, most mechanical and ingenious defender. She was also a monster of innovations. The most incredible thing was that Captain Nat built Reliance from the first model he built, without a single rework. The state of the art.

The selection trials between Columbia and Constitution were a walkover for Reliance. Reliance’s victory over Shamrock III was such that Sir Thomas Lipton wrote, “They say I have magnificent boat. I do not want a magnificent boat. I want a boat that will lift the Cup… a Reliance !”