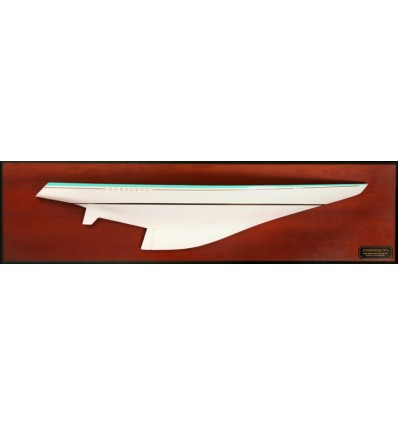 We could have been forgiven for thinking for a moment that the impossible was possible, without really believing in it, but no: Intrepid was not chosen to defend the Cup in 1974. But the venerable old wooden Twelve very nearly beat the new aluminium Twelve Meter to defend the Cup for the third time in succession ! But there was no miracle.

Dave Pedrick was closely involved with the design of the new candidate. Courageous only took shape after numerous tank tests. The line of the boat were less radical than those of Intrepid or Valiant: Courageous seemed more conventional in her design and nearer the lineage of Vim or Columbia. In fact, the new boat was a splendid compromise, with her full, soft lines, and she was still quite light.

In 1974, Courageous easily beat the Australian challenger Southern Cross. This was Olin Stephens’ fifth success in the Cup since 1958.