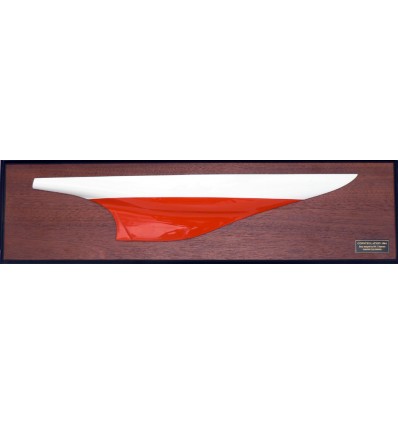 The 1964 American selection trials took a dramatic turn. During the first half of the trials, Bill Luders' boat, American Eagle, dominated the other competitors. Not having built a new boat during the 1962 selection, Olins Stephens had difficulty in getting back into his stride and his new Twelve, Constellation, was unimpressive, although when he designed her, Olin believed that he was producing an improved version of Columbia. The drawings were made by Mario Tarabocchia.  The new Sparkman & Stephens Twelve however, showed glimmers of potential, but suffered from a chronic lack of organisation.

All of the tenacity and talent of the Stephens brother, Olin for the tactics and Rod for the tuning were needed, to remedy the situation. After a few tactful dismissals crew-wise, Constellation began to face up to American Eagle.